The power of five working as one: The Arnprior & Area Rural Health Hub

The power of five working as one: The Arnprior & Area Rural Health Hub

This article appeared in the Arnprior Chronicle-Guide, August 23, 2018

Five local health provider and service agencies make up the Arnprior & Area Rural Health Hub. Arnprior Braeside-McNab Seniors at Home Program Inc., the Arnprior and District Family Health Team, Arnprior Regional Health, the Champlain Local Health Integration Network and the Renfrew County and District Health Unit have committed to working together to improve the experience and outcomes of patients with chronic diseases, focusing on health promotion, disease prevention and improving transitions/providing more seamless care. Focusing initially on those in the community living with COPD and those living with diabetes, AARHH identified local service gaps and the need to promote local services to these populations.

The first projects of the AARHH were to create an inventory of all local diabetes resources and all local COPD resources and make them available on Ontario 211; The Arnprior COPD Exercise Guide (available on the ARH website), which helps persons with COPD find local exercise programs that are right for them; and reaching members of the community at risk for pre-diabetes or Type II diabetes to promote earlier diagnosis. As part of this initiative, local pharmacies, community paramedics, local physicians and the Family Heath Team are collectively using the CANRISK  screening tool to help identify those at risk.

One of the first things you notice about Bob Potter when he enters a room is his energy. His choice of footwear (sneakers) seems appropriate, like he’s going to jump up at any moment and lead us in a vigorous calisthenics routine.

But my first impressions of Bob are hard to align with the reason he’s here to talk to me. Just over a year ago, Bob, who’s in his early sixties, was overweight. He was severely out of shape, his diet was less than ideal and he constantly felt run down. Luckily, a visit to his family doctor, Dr. Jonathan Fitzsimon at the Arnprior & District Family Health Team, was about to change his life. 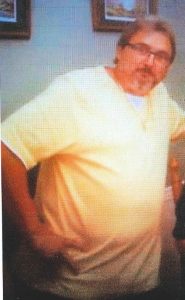 Bob, before his life-changing diabetes diagnosis

Bob found out that not only did he have high blood pressure, but his blood sugar was so high that he was diagnosed with Type II diabetes. Despite having several risk factors, including a family history of diabetes, this news came as a shock to Bob. But it did serve as the wake-up call Bob needed to start taking charge of his own health and turn his life around.

Dr. Fitzsimon referred Bob to the Family Health Team’s dietitian and an ARH diabetes nurse educator. Bob enrolled in a diabetes education course offered at Arnprior Regional Health through the Renfrew County Diabetes Education Program. Bob, a self-described Type A personality, focused on listening intently and learning as much as he could about managing his condition and following instructions to the letter. He started following the Canada Food Guide created specifically for diabetics and dutifully tracked his food for months in a food log. He cut out all refined sugar and rediscovered his love of cooking, this time with only fresh, healthy ingredients.

Bob emphatically states that his lower blood pressure, lower blood sugar and 50 lb. weight loss wouldn’t have been possible without the Arnprior and Area Rural Health Hub. The Health Hub made provider collaboration, between the FHT, ARH and Renfrew Public Health, seamless and easy. This, in turn, made Bob aware of all the local resources available to him as soon as he was diagnosed, and made his transition from one appointment to another, from one agency to another as easy as possible.

Bob became actively involved in the Rural Health Hub, attending stakeholder meetings and providing valuable input during the co-design process of a local diabetes screening event and a local resource inventory to support those living with diabetes. When I first contacted him about sharing his story as a Health Hub patient, he didn’t hesitate

“The Health Hub made it easy for me to take control of my diabetes,” Bob tells me. “This approach ensured that I knew about and was connected with the right people and the right resources.” 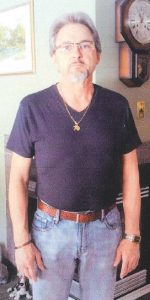 “One of the key elements of the approach has been patient participation in all aspects of the program, says Jason Moore, a project manager with AARHH. “Patients, healthcare providers and administrators worked together to co-design solutions to meet community needs. This ensures that the unique needs of all parties involved are accounted for throughout the projects, and results in more effective services and continued engagement of all stakeholders.”

Bob is practically evangelical about the value of patient involvement. “If you don’t have diabetes yourself, there’s things you don’t think about.” He gives a small but effective example: a meeting of AARHH stakeholders that included several community members with diabetes. “They provided snacks at the meeting, but they were trays of cookies. We shouldn’t eat that stuff.”

To further illustrate the profound impact that the Arnprior & Area Rural Health Hub had on him, Bob stopped by my office two days later with an envelope containing two photos. One was taken the day prior in his living room and contrasted sharply with the second image, one of the few “fat photos” Bob could find. Bob smiles proudly as I pick my jaw up off the floor.

“I’m not unique,” says Bob. “When everyone’s connected and working together, it’s really a well-oiled machine. If you follow directions and take advantage of the tools available, you’ll have successful results, just like I did.”

Share any concerns or an experience you had while accessing our services, we welcome your feedback.
Provide Feedback